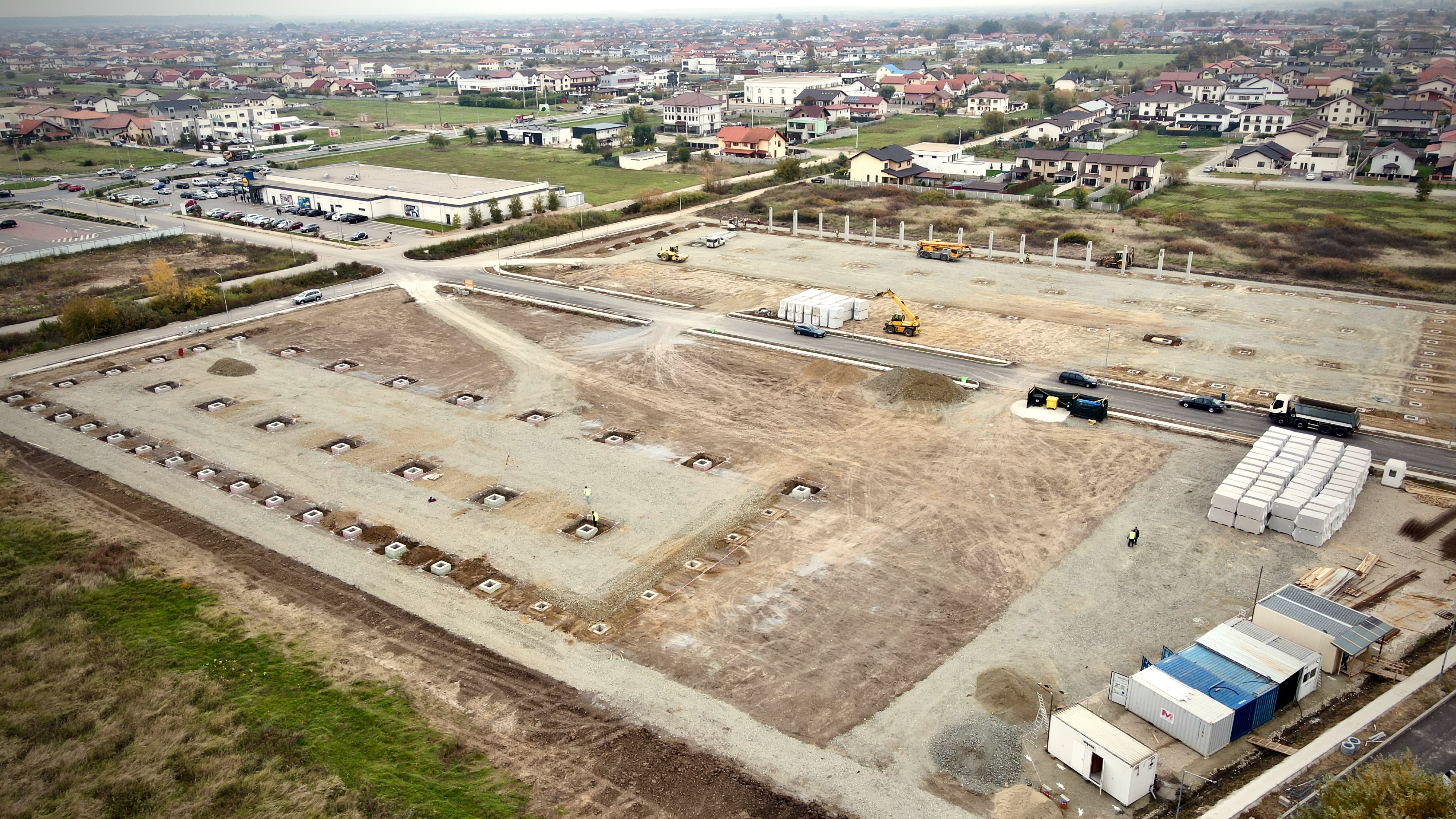 New retail park with an area of over 8,500 sq m. (GLA) is being built in Mosnita. Its direct range will cover an area inhabited by over 320,000 people. Completion of the construction of the new retail facility is planned for the third quarter of 2023. So far, the space in the facility under construction has been secured by brands such as: DM, Sportissimo, TEDi, Fressnapf, Clever Fit, and others, renting over 50% of the available retail space. Advanced talks with other tenants are underway.

“The project in Mosnita is very well connected. Customers can easily get there both by public transport and with their own cars. A car park with 200 parking spaces will be built next to the building. On the one hand, the facility will benefit from the proximity of a large, well-developed city, Timisoara, inhabited by nearly 320,000 people, for which Mosnita is a suburb inhabited by the people who work in Timisoara on a daily basis. On the other hand, its location guarantees easy access to communication routes – the newly built Timisoara bypass – and therefore also to other smaller towns surrounding this large city. The immediate vicinity of the facility is the existing and planned single and multi-family housing. A modern retail park with a tenant-mix tailored to the requirements of local customers, including not only retail tenants, but also service and catering tenants, fits perfectly into these Mosnita development plans” – notes Ana Tudor, responsible at Scallier for leasing space in the newly emerging retail park in Mosnita.

To date, Scallier has built, commercialized and opened retail parks in Rosiorii de Vede, Focsani, Timisoara and Turda. In total, the new investments delivered over 40,000 sq m (GLA) to the Romanian market. All areas in the existing commercial facilities are currently leased. Scallier is getting ready to implement further retail projects in Romania.

“Romania remains one of the most attractive markets for retail real estate investors. The growing purchasing power of Romanian citizens, their growing requirements as to the offer, the lack of modern commercial real estate in medium and smaller Romanian cities in many cases are only selected determinants of the success of smaller commercial facilities, which are also driven by the consistently high interest from international and local tenants “- says Wojciech Jurga, Managing Partner at Scallier, responsible for the company’s development on the Romanian market. “All our new properties create commercial destinations that are enhanced by the presence of a large grocery operator. It is no different in the case of the Mosnita project, where Lidl and Penny Market will act as anchors. Such an offer ensures great interest in the location on the part of consumers and builds significant competitive advantages on the local market”- emphasizes Wojciech Jurga.

“Another facility in Scallier’s Romanian portfolio will provide the market with top-class retail space that meets the strict requirements of both large international tenants and local entrepreneurs. The project will be certified under the international BREEAM ecological certification system” – says Ana Tudor.