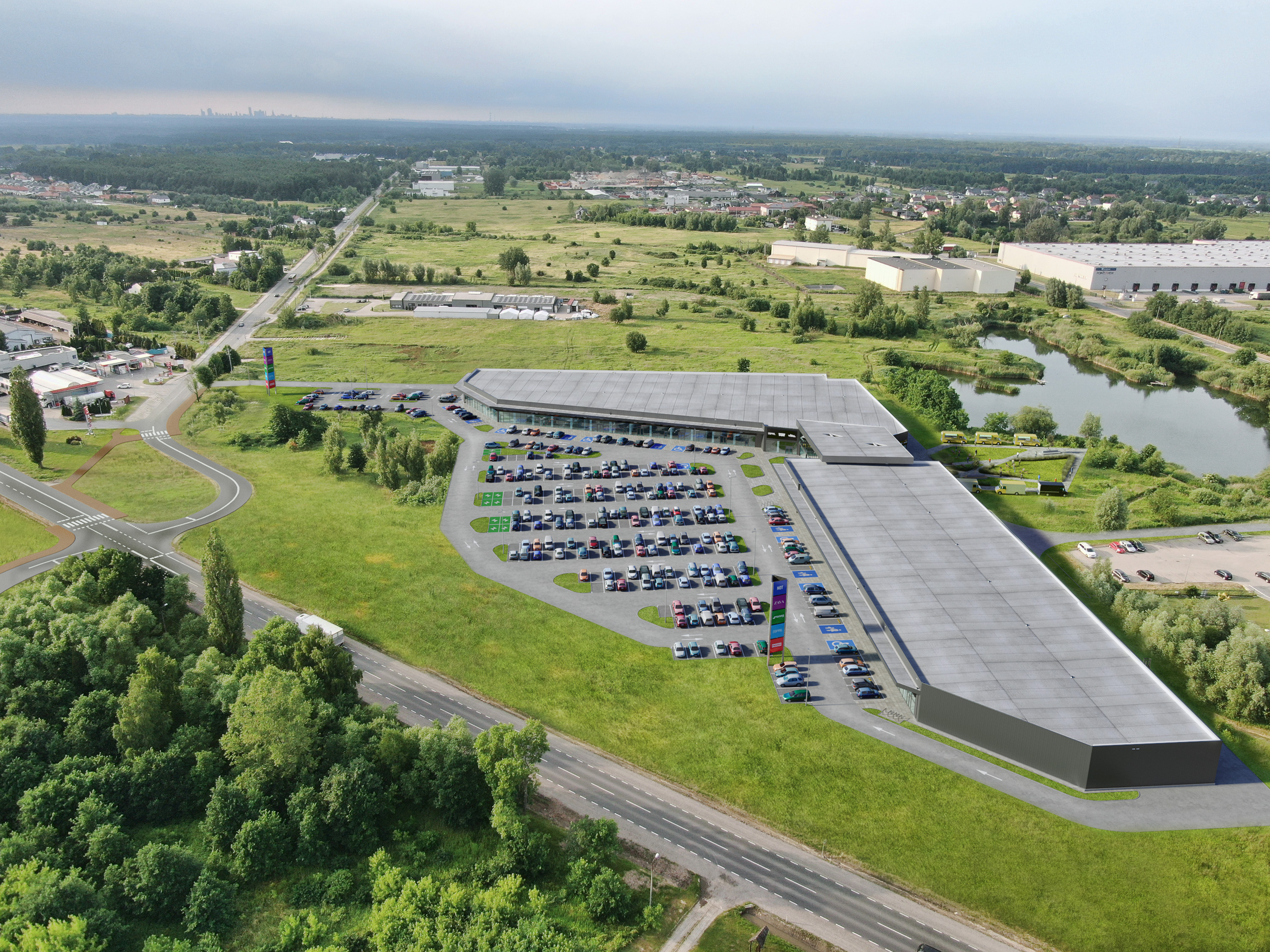 Advanced works are underway on the construction of the Glinianka retail park in the town of Łubna near Warsaw, located near Góra Kalwaria. The investment is being built on a plot of over 3 ha. It will include 16 units with a total area of ​​10,000 sq m. GLA. Currently, earthworks are being carried out and the structure of the facility is being assembled. The works are carried out in accordance with the schedule, which envisages the opening of the facility in spring 2023, and the first tenants will take over the premises in December this year. Scallier, as a business partner of the project, is responsible for the commercial concept and commercialization. The facility will be opened by nationwide retail chains in the fashion, footwear and household sectors. The grocery operator will be a Carrefour supermarket.

“The Glinianka retail park is a facility ideally suited to local commercial conditions and the needs of the local community. It will provide residents with access to a modern commercial and service offer. The very good location and high purchasing potential generate great interest in the facility from tenants, and a significant part of the space in the retail park under construction is already leased,”says Anna Wojciechowska, Senior Leasing Manager at Scallier, who is responsible for the commercialization of the new park. “Advanced talks with other tenants are underway,” emphasizes Anna Wojciechowska.

MODO Architektura was responsible for the architectural concept of the retail park.